Posted by Dave Brill on September 11, 2015 in Uncategorized 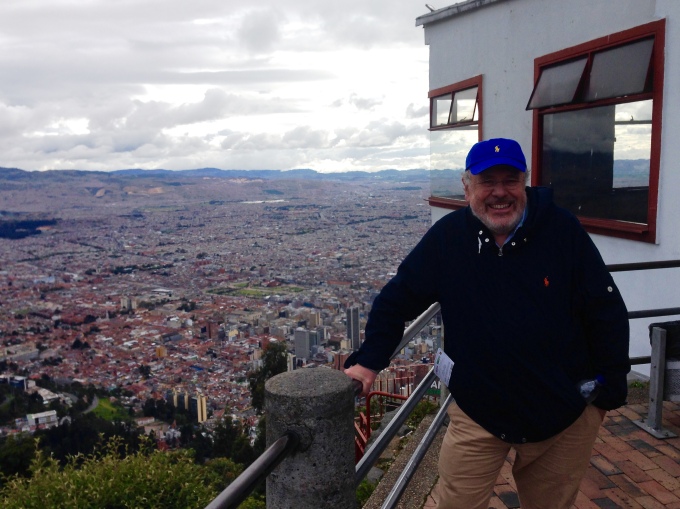 Holding on to the rail at Monserrate, high above Bogota

Following a number of recommendations from friends, including John Weiss, and 2014  guest Nicolas Terry, I took the long flight to Colombia for the convention in Bogota where I was privileged to be the special guest.

Head in the sand by Mauricio Florez

This was a delightful event, well organised by the local group Amigos Plegadores (http://amigosplegadores.blogspot.co.uk/2008/08/acerca-de-nosotros.html), headed by Maria Mercedes Acosta. She cared for me generously and willingly during my 12 day stay in Colombia. She and other members of the group showed me round the local sights and I was able to explore several fascinating corners of this beautiful country before and after the convention. 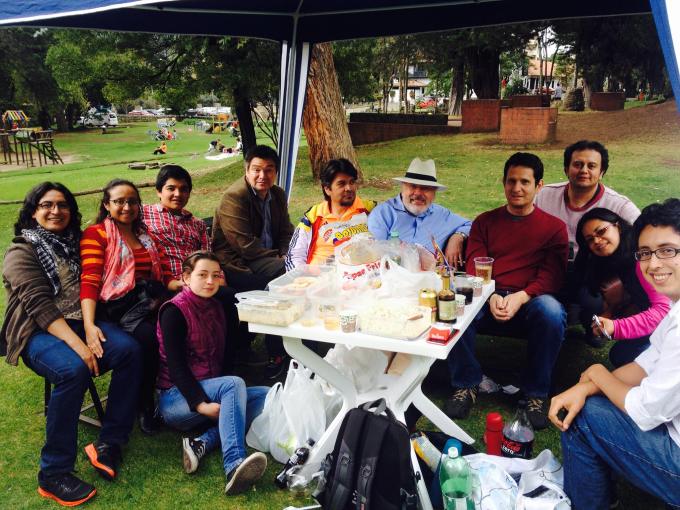 At the end of my stay we had a picnic in a green Bogota park which was a real highlight! I look forward to meeting you all again, Amigos Plegadores! I’d enthusiastically recommend any origami enthusiast to visit future Origami Bogota conventions. It was a long journey for me, but it was a trip I shall never forget.