Posted by Dave Brill on July 21, 2016 in Uncategorized

Browsing through some old copies of The Artist magazine from 1970, I was astonished to find a review of Kunihiko Kasahara’s classic book Creative Origami, first published in 1967. 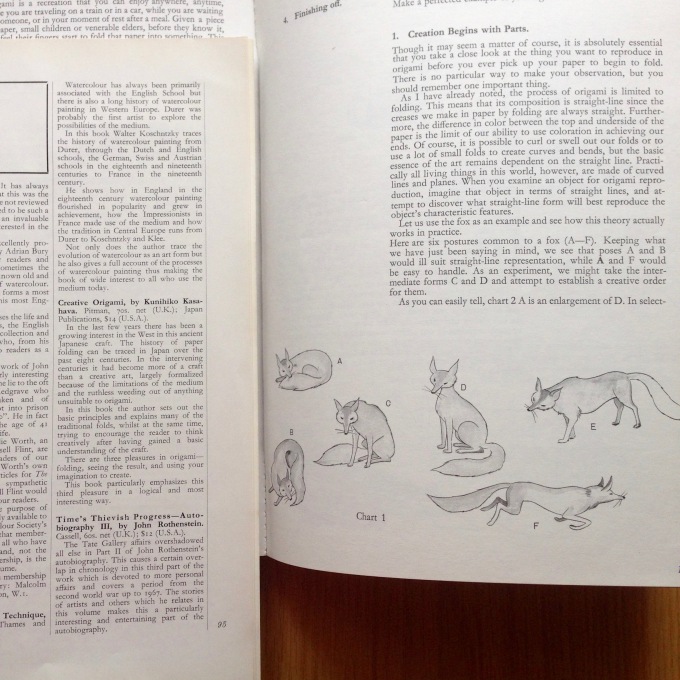 Book review from The Artist

This reminded me that this is one of the very few origami books to date which gives detailed practical guidance to budding origami creators. Kasahara’s ideas are just as valid today as when they were originally described almost 50 years ago. Here are some words of wisdom from the final chapter entitled “The Thrill of Creating”.

Origami can enrich human life with the joy of having made something oneself. It has been bringing this kind of happiness for many hundreds of years. The duty of those of us who love this art is to see its perpetuation for many years to come.

In origami’s long past, there is a blemish. Methods of folding, carefully taught, left us with ways of reproducing certain fixed things, but with no ways for developing new origami, our own creative origami. I feel that true origami contains three joys: the joy of making something, the joy of appreciating the finished article, and the joy of devising something new. When all of these three elements are present, origami becomes more significant than a mere pastime. To make it so, we must avoid the hit or miss way of folding at random till we hit on something that looks like something. We must logically proceed to analyse the steps we should follow to produce a given form. The purpose of this book is not merely to increase the number of existing origami folds, but to seek more rational folding methods to create better origami and to use an understandingof these rational methods so that through origami you can give expression to your own individuality. By doing this we can contribute to the development of origami.

The first section of this book contains the origami creative process set forth to the best of my knowledge and expereience. Your duty is now to add to this to stabilize and increase origami’s value.

My first encounter with Kuni was in Verona in 1988, and we subsequently became close friends, sharing many precious moments. Here are a few souvenirs of Kuni Kasahara and his work. 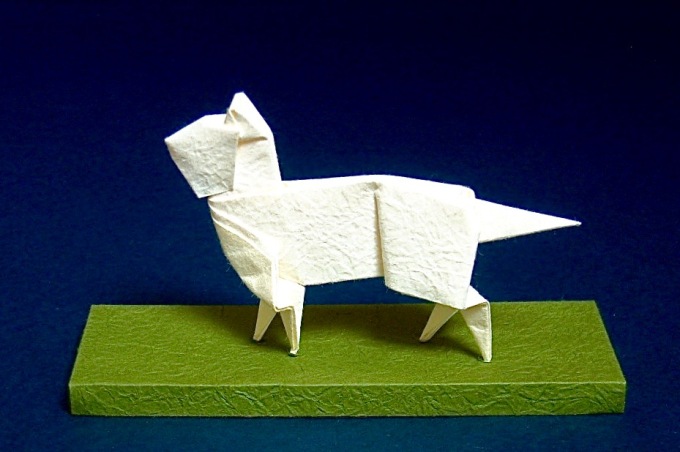 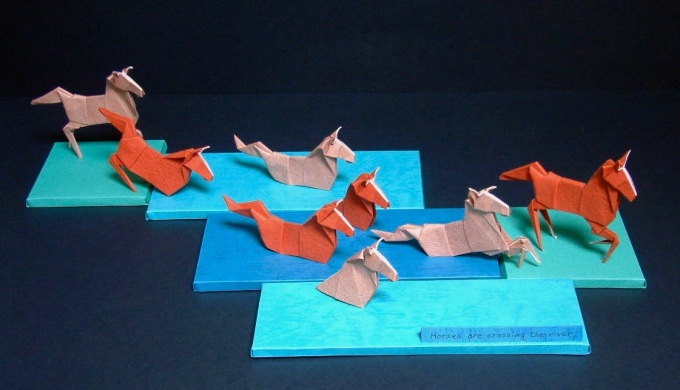 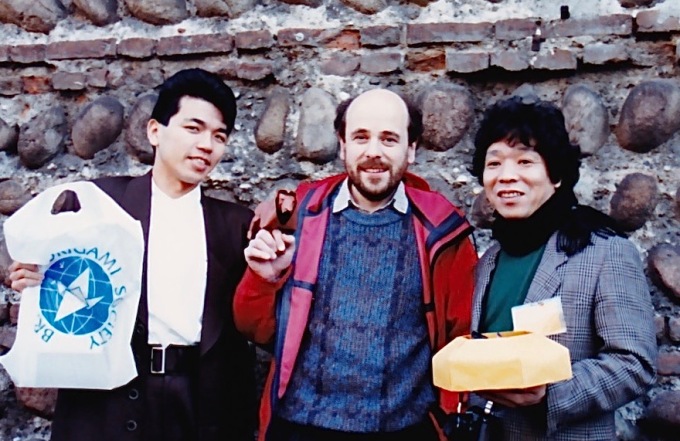 More on Kasahara with thanks to the much missed David Lister.